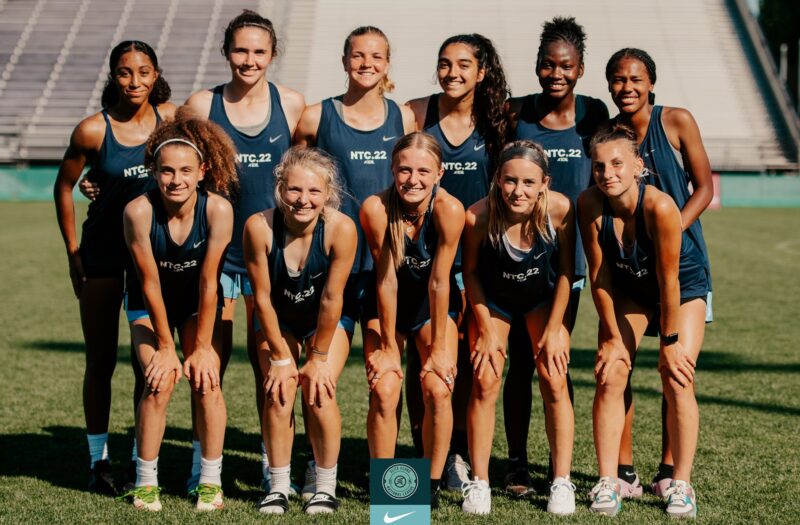 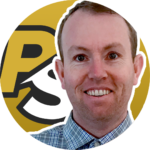 The 11 players come from all over the country and include the best players from the 2024, 2025, and 2026 graduating classes. Take a look at a breakdown of each of the 11 players named to the ECNL Best XI, as awarded by the ECNL scouting team.

Kara Croone Kara Croone F State #39 Nation GA continues to prove she is one of the top talents in the country, and a player that all scouts need to know about from Georgia. She is a forward with breakaway pace and skill. Her decision-making on the ball really sets her apart, as she seems to always make the right choice in the final third. Croone is going to be a building block piece for a top recruiting class in 2024. 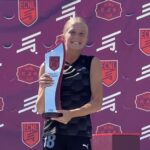 Munson is one of those rare prospects that really could play any position on the field (maybe even goalkeeper?). She had breakout moments at forward, outside back, and midfield on her highlight reel. She is that skillful and has that high level soccer intelligence. Left back is likely her long-term spot given the lack of depth in that role among five-star prospects. She could be one of the best from the class of 2025 in that type of role.

Klinger kept up her high-level of play with another spectacular showing in Portland. She ended the event with a hat-trick in her final game with her team. The attacking talent from Internationals is one of the best in the country, and is one of the rare players who delivers every time she steps on the field.

Thompson is another U.S. Youth National Team member to earn a spot on this team. The NC Courage player is one of the youngest players to make the Best XI at this event. She has a bright future – and will be one of the players to know among the top prospects from the class of 2026.

Hutton, one of the standouts from the U.S. U17 Women’s National Team, earned a spot on the ECNL National Training Camp Best XI team for her play in Portland. The skillful midfielder is already considered one of the best in the country. She is silky smooth on the ball – her reputation of carrying a soccer ball with her wherever she goes has carried over onto the field as she is one of the best prospects with ball control and first touch. She is a two-footed player who is incredibly difficult to contain. Hutton is one of the best attacking midfielders from the class of 2024.

Elhom Khursand is one of the surprising names to earn this spot on the Best XI. She has not earned the Youth National Team accolades that many of the players on this list have, but she might be in the picture in the future after this performance in Portland. Khursand is a winger with a potential to play as a support striker. She is excellent at running at defenders and putting them on their heels. She has a physical presence that makes her difficult to dispossess. She has a quick twitch and makes good decisions that make her a difficult winger to contain in space.

Martin is a defensive midfielder who is the backbone of her club team, and carried that over to her play in Portland. She controls the game – both with her passing and her defensive instincts. The latter being the most important part of her game. She is good on the tackle – both on the ground and shoulder-to-shoulder. She is smart about timing her tackles as she recognizes bad touches and makes clean takeaways. On the ball, Martin has a preference to play one or two-touch soccer, which is an attribute most college scouts will quickly identify as a strong part of her game that should translate to a top-10 program. Martin is one of the best defensive midfielders from the class of 2025.

Kasica, the five-foot-10 goalkeeper from Florida, is a two-sport star as she is a track athlete as well. She is a champion javelin thrower in Florida too. On the soccer field, she is an acrobatic goalkeeper with quick reactions. She is good at covering the high shots with diving saves. She is excellent on the close shots with her athleticism. Kasica is going to be on the radar for a lot of college scouts looking for a goalkeeper from the class of 2024. 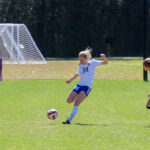 Hannah Jordan being the lone representative from Texas and Solar (which sent six players to the National Training Camp) on the Best XI should tell you plenty about how good she is and how highly she should be ranked among the class of 2025. If this was an actual team, Jordan would play as the No. 8 in the 4-3-3 formation with Martin as the defensive midfielder and Hutton as the attacking midfielder. Jordan can do it all, which is why she is rated so highly as a two-way player. The 2025 prospect is one to watch this upcoming season.

Winger, the center back from Virginia, is a top 20 player from the class of 2024. But based on her most recent form, it seems like moving her into the top 15 might be a more accurate representation of how valuable she is for her team on the pitch. She is one of those players who defines making an impact at the highest level of the youth club game now, and also showing the potential to have an even bigger influence in the future.

Emma Johnson is the second 2026 player to make the Best XI. She is perhaps a more recognizable name after she scored a goal in the USL W League this summer, as a 14-year-old. Johnson played as an attacking midfielder for her club team Indiana Fire 07, but has the quality to fill in as a winger as well. She is excellent on the ball with quick feet and good vision. Her play in the transition is one of her best attributes as she anticipates better than most players and makes the correct read on where to be next. Johnson’s announced herself as a player to watch as a big-time prospect this season.